The driving force behind the return of the district nurse on the social and health agenda in The Netherlands is the Regional Care Association West-Brabant (RKWB). This is a voluntary care association with just over 100.000 members. To put this in perspective, some 300.000 people live in the region that is serviced by RKWB. 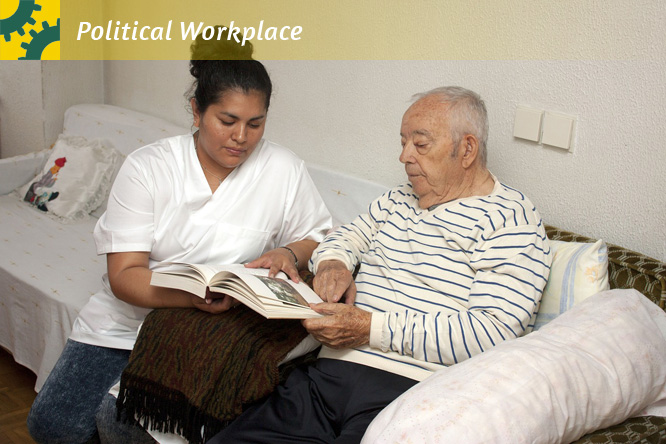 Reintroduction of the district nurse

RKWB was established in 1909 and is deeply rooted in the local and regional communities. After a long period of a relatively marginal existence, on December 12, 2007, the General Members Council of RKWB decided to follow the proposal of the elected executive board to drastically change it’s policies. From then on the association started to interfere in local and regional care and cure provisions. During the next council meeting, in December 2008, the members ordered the board to start a campaign for the reintroduction of the district nurse. A care provision which was abandoned in the eigthies of the last century. The campaign has been overwhelmingly successful. The main result was the proposal in the coalition agreement of the Dutch government ‘Rutte II’: “From 2015 and beyond we will invest in extra district nurses with an amount that will subsequently rise to 250 million euro in 2017.”

Next to the campaign, the path to this success was paved with exceptionally fruitful and closely evaluated experiments. These proved the district nurse to be a much needed and professional addition to the local care and cure network. With quick and short interventions the nurse is able to get back on track again the lives of patients, relatives and informal caretakers. An analysis of the client files of the district nurse revealed that the nurse is confronted with severe personal and social problems, which she or he is able to solve with substantial results for the personal lives of the patients and their direct social environment. Moreover, the district nurse saves costs in the next professional levels of care and cure.

The reintroduction of the district nurse is a remarkable national success. The more since it was achieved by a regionally oriented voluntary care association. This success was mainly due to the chairman, Henk van Tilburg, and the treasurer, Frans Fakkers, of the RKWB. Relentlessly they pursued their goal by mobilizing the members of the association and motivating them to campaign for the district nurse in their neighbourhoods and social networks. Themselves, they lobbied in the heart of the national political establishment. The campaign and their personal actions are a perfect example of the revival of voluntary care associations in the Dutch arena of health care.

The revival of voluntary care associations

This article has been based on literature, which is only published in Dutch. Fortunately we were able to procure the kind assistance of social psychologist, sociologist and publicist Bert Breij, who for many years has been, and still is, one of the most important consultants of the board of RKWB.
Those who are interested in recent changes in Dutch local care policies should read: Veer, J. van der (2013). Local Welfare Landscapes. The Case of Social Care in The Netherlands, in: Bannink, D., Bosselaar, H. & Trommel, W. (eds.) Crafting Loacal Welfare Landscapes. The Hague: Eleven international publishing.