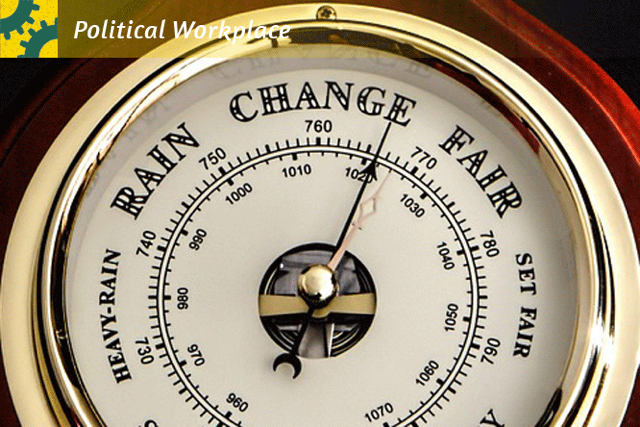 Public opinion polls as a source of beliefs

The “initial results” of the first public opinion poll of the Commission of the European Communities were published in July 1974: the Euro-barometer No 1. The Commission decided to carry out this poll “in order to follow the trends in European public opinion with regards to Community activities, particularly the areas of most interest to the public.” (1) It’s an interesting question whether the idea for this public opinion poll was inspired by the first political scientist, the Frenchman De Tocqueville, who saw public opinion as the main source of the beliefs of the people who live in democratic nations. He reasoned that people in democratic nations do not trust each other, because they see each other as equals. At the same time, this equality produced an overwhelming trust in public opinion, because De Tocqueville thought people in democratic nations see themselves as enlightened, and thus they think truth can be found amongst the majority. (2)

The reasoning of De Tocqueville can be compared with the populist view (3): “… when conducted correctly, opinion polls can more or less effectively express the will of the people and facilitate democratic policymaking.” Lipari (3) mentions three other types of schools of public opinion polling: the critical, constructionist, and ritual schools. The critical school states “… that public opinion polls contribute to the management of popular attitudes by elites …”. The constructionist school conceptualizes public opinion as “the social construction of reality” and “… centers on language and symbolic processes as the unit of analysis …”. The fourth perspective is the ritual approach. This approach examines “…polling as a cultural form, not to focus on its failures, but to examine its successes.”

Back to the Euro-barometer No 1. Without a minimum of introduction, on page 4, the report opens with the announcement that the “most important problem at the present time” (April-May, 1974) is inflation. People were asked what in their opinion was “the most important problem being dealt with by their Government at the present time”: “In nearly every country the first spontaneous reply was wages and prices: purchasing power, taxation, family budget and standard of living.” The second problem was the economic and energy crisis and the third was the protection of nature. In 2016 the inflation problem ended eight (7%) on a list of thirteen topics. Immigration (48%) and terrorism (39%) headed the list. With terrorism being the only issue substantially going up with 14 percentage points. In 2016 the first question was slightly different as in 1974 (4): “What do you think are the two most important issues facing the EU at the moment?” 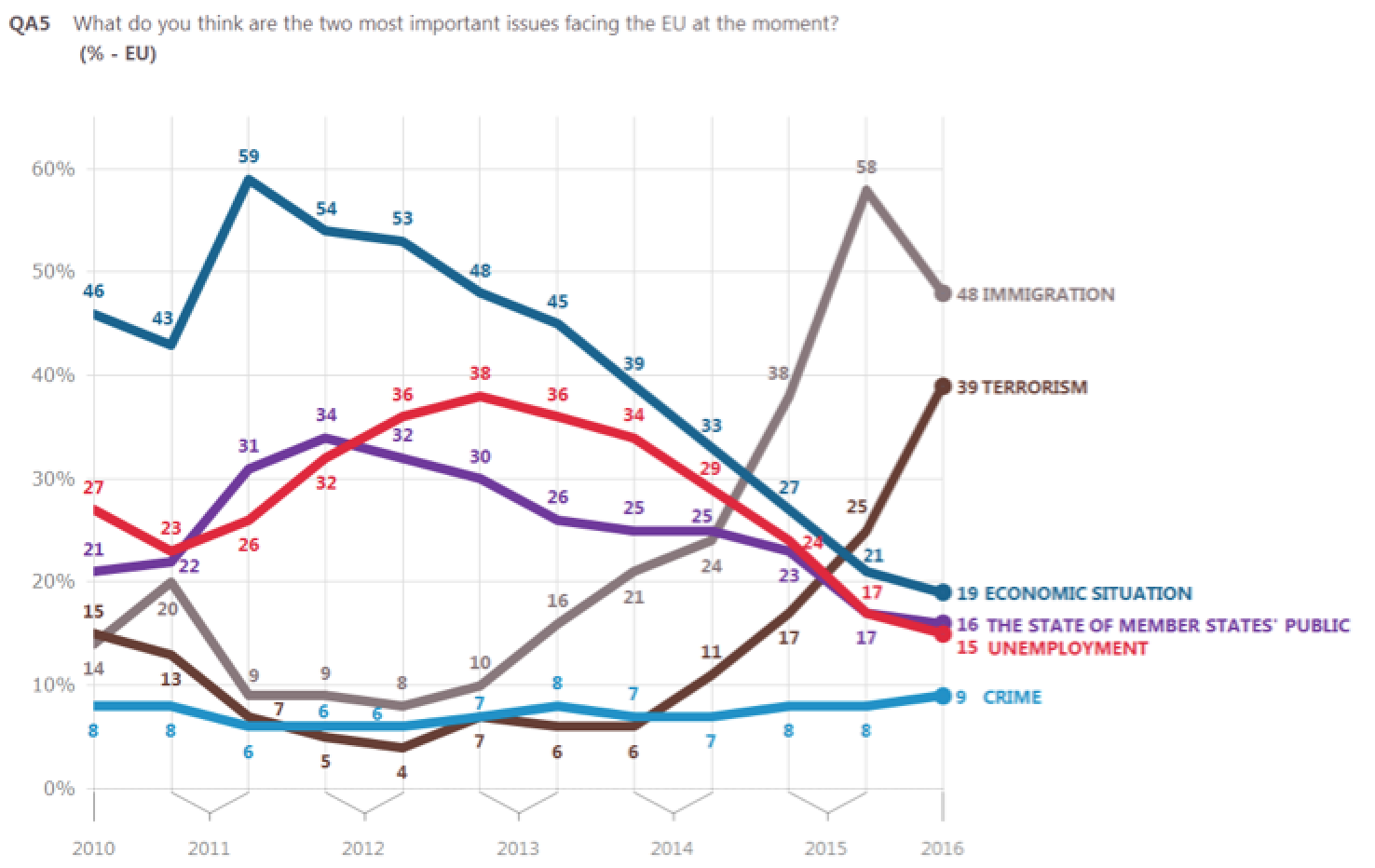 Back to square one

The Standard Euro-barometer 2016 reports public opinions on three levels: the EU, by country and on a personal level. Comparing these levels, they appear to differ substantially. From this comparison there are at least two notable conclusions to be drawn. The first is that at the national levels people’s concerns differ in a specific way. People in the ‘rich’ EU-states are primarily concerned with immigration and people in the ‘less rich’ EU-states address unemployment as the biggest problem. The second interesting conclusion is that at the personal level inflation is at the top of the list, as it was in 1974. Is it justified to conclude that in 1974 people were more occupied with their personal problems? Or can these differences be attributed to the more sophisticated way of polling in 2016?

The sacred ritual of opinion polls

According to Lipari (3) the polling ritual can be seen as sacred in the “… way in which social and political authority is produced and maintained.” The Euro-barometer surely falls into this category. The Euro-barometer was introduced “… to follow the trends in European public opinion with regards to Community activities …” (1). In 2016 the majority of the questions indeed refer to the public opinion regarding the European Union. But it’s highly unlikely that these polls successfully produce and maintain the EU as an authority outside the political cloud of the mandarins (5) in Brussels. For them though this idea of an independent authority is probably sufficiently confirmed with the Euro-barometer as such: “Around a third of Europeans trust the European Union (33%). … Meanwhile, trust in the national political institutions has remained stable, but at a lower level than trust in the EU: 28% of Europeans tend to trust their national parliament (unchanged) and 27% their national government (unchanged).”

Do beliefs shift over time?

Some general issues can be raised concerning the Euro-barometer. For instance, do Europeans consider the EU to deal adequately with the problems they’ve put forward. Another interesting issue is how Europeans establish the consequences of specific problems on their personal lives. And, what is the context in which Europeans perceive their concerns? In 1973 oil prices rose with 200% after the Arab members of the OPEC (Organization of Oil Producing and Exporting Countries) restricted the flow of oil to states that supported Israel. This triggered a worldwide economic crisis with inflation as one of its most severe conditions. On a more fundamental level it would be appropriate to establish whether beliefs of Europeans have shifted over the years. Did inflation, unemployment, immigration, and terrorism, meant the same in 1974 as it does in 2016?

Public opinion polls, such as the Euro-barometer, have little significance. They only register what comes out of the heads of people at a specific moment without much circumstantial evidence to corroborate the given opinions. To say the least, it’s very risky to state that public opinion polls are “the social construction of reality”. The lack of context and the lack of insight, in the ‘construction’ of these so-called opinions (causation), makes it hazardous to refer to these opinions as reality. If this reasoning is correct, at the risk of making the elites look like fools, it’s obvious that public opinion polls cannot contribute to the “management of popular attitudes” by the same elites. Besides, if we believe the Dutch ritual expert Frits Staal and we see rituals as meaningless (6), trying to manage the public opinion doesn’t make much sense. What remains is the use of public opinion polls to facilitate democratic policymaking. Now there’s an opportunity! But at the EU-level this opportunity can only materialize if the European institutions democratize and the quality of their polls enhances.